Pulp – This Is Hardcore 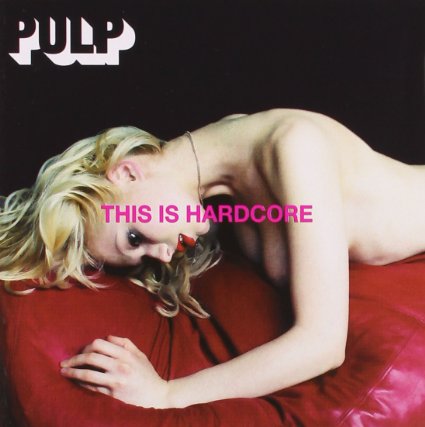 Pulp’s sixth album This Is Hardcore is vastly underappreciated. A follow-up to 1995’s hugely successful A Different Class, the album was the victim of audience expectations. Debuting at number one in the UK, This Is Hardcore spent only one more week in the top ten before drifting out of the charts. It is clear that the majority of listeners were expecting more tracks like the bright, smart and funny pop songs from its predecessor, instead they got a collection of moody songs about disappointment and fear with a dark sexuality lurking beneath the surface.

This Is Hardcore is also pretty much the epitaph for Britpop, the musical scene which came out of the success of Oasis and Blur and the cultural phenomena of “Cool Britannia” and “Lad Culture” of the mid 90s. Oasis had been struggling to match the quality of their first two albums and Blur had completely abandoned the aesthetic of Britpop, by radically changing their sound under the influence of American indie bands such as Pavement and Sonic Youth on their excellent Blur album. Being well distanced from “lad culture” and having formed in Sheffield in 1978, Pulp never really comfortably fit under the banner of Britpop. However due to the timing of their success with His ’n’ Hers (1994) and A Different Class (1995), they were always grouped with these other bands. This Is Hardcore showed just how far removed Pulp had become from these scene. 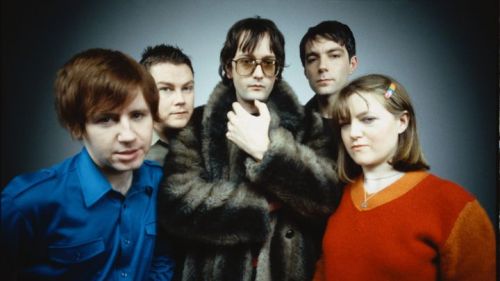 Jarvis Cocker’s unmistakable wit is still present throughout the album, but beneath it all is a sense of exhaustion, paranoia and disappointment. The dark mood of the album is immediately apparent from the ominous distorted guitar opening and the title of the first track “The Fear”. A bruising expression of addiction and self-loathing. the opening lines of the track are a virtual manifesto for the album: “This is our “Music from A Bachelors Den”/The sound of loneliness turned up to ten/A horror soundtrack from a stagnant water-bed/And it sounds just like this/This is the sound of someone losing the plot/Making out that they’re okay when they’re not/You’re gonna like it, but not a lot”.

The second track “Dishes”, finds Cocker’s wit that was so evident on the previous two albums, ground down by exhaustion (“I am not Jesus though I have the same initials”). A song meditating on getting older and coming to terms with domesticity. Cocker then channels David Bowie on “Party Hard”, by far the most energetic track on the album, but beneath this shiny surface, it’s another song lamenting the disappointment of success and struggles with addiction (“Entertainment can sometimes be hard when the thing that you love is the same thing that’s holding you down”).

The first single “Help The Aged” is another wry song about ageing, sardonically taking its name from the UK charitable home care organisation. The song starts with Cocker again brooding over growing older (“Help the aged/One time they were just like you/Drinking, smoking cigs and sniffing glue”), before the guitars kick in and the tone shifts to the sleazy as the narrator tries to pick up a younger woman (“It’s time you took an older lover baby/Teach you stuff although he’s looking rough). The mix of tones in “Help The Aged” brilliantly and wittily brings together the album’s cornerstones of sleaze, addiction, exhaustion, regret and ageing.

The fifth track “This Is Hardcore” is one of Pulp’s finest moments. A dark and moody lounge piece built around a mesmerising horn sample from “Bolero On the Moon Rocks”, the song reflects their exhaustion and dissatisfaction with fame. Cocker compares the life of a band with that of the people he saw in the hotel room porn movies he watched late at night while touring (“It’s what men in stained raincoats pay for, but in here it is pure”). The song moodily builds with Candida Doyle’s ominous piano joining the horns, before slowly building to a crescendo of discordant guitar, until it ends in a sad and beautiful string finale. “This Is Hardcore” is a hypnotic masterpiece filled with darkness, a long way from anything Pulp had previously released.

Elsewhere “A Little Soul” is a bittersweet song about ageing and regret, this time sung from the perspective of Cocker’s absent father (“Everybody’s telling me you look like me, but please don’t turn out like me”). “Seductive Barry” sees Cocker rather joyfully wallowing in sleaze. Possibly Pulp’s best song title, it’s a story of sexual obsession with the narrator fantasising about his subject.

“Glory Days” is another indictment on fame and success, with probably the catchiest tune of the album matched with some of Cocker’s sharpest lyrics (“Oh my face is unappealing/And my thoughts are unoriginal/ I did experiments with substances/But all it did was make me ill”). Finally, it should probably be noted that the annoying ten minute drone at the end of the last track “The Day After The Revolution”, was added to give the album a 69 minute running time.

This Is Hardcore is one of many examples of a piece of art that has been unfairly maligned as a result of not matching the expectations of the audience. An album that is the perfect accompaniment to a stormy night alone with a bottle of wine, it was never likely to win over the fans of its neon lit predecessor. However, it’s a simple fact that facing “The Fear” will usually be more interesting than another night spent in the “Disco 2000”.

Listen To This, Music

A Different Class, Blur, Britpop, His 'n' Hers, Jarvis Cocker, Listen To This, Music, Oasis, Pulp, This Is Hardcore