The Twelve Films Of Christmas 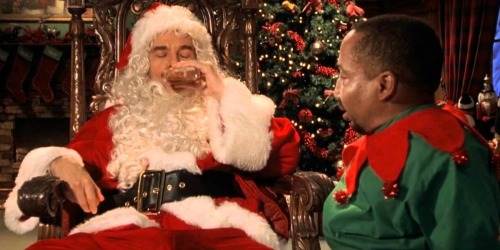 Whenever the topic of Christmas films arises, the first film I think of is Terry Zwigoff’s Bad Santa. Not only is Bad Santa my favourite Christmas film, but it’s right up there with my favourite films of all time. I mean honestly, what is a Christmas movie without a sex-obsessed alcoholic shopping mall Santa who specialises in both safe-cracking and foul language, accompanied by a violent and aggressive little helper who is the mastermind of the operation, a woman who is overwhelmingly sexually attracted to Santas, an awkward but wide-eyed kid who has been left largely unsupervised since his father went to prison for a white collar crime, all being tracked by a corrupt and heavily manicured head of mall security who likes to dress like a cowboy? Sounds like Christmas to me…

END_OF_DOCUMENT_TOKEN_TO_BE_REPLACED

The Eleventh Film Of Christmas – The Nightmare Before Christmas

I guess the big risk of watching and writing about a Christmas film every day for twelve days at this time of year is exactly what has happened today… I have imbibed very heavily on the Christmas spirits. Subsequently I am so full of the Christmas spirit, well Christmas wine, I guess, that this could go in any direction. Thankfully The Nightmare Before Christmas is a film that I have watched many, many times previously, so my confused ramblings will at least be reasonably well informed. Possibly. I mean, it’s a Christmas film with Tim Burton’s fingerprints all over it, it’s not like it’s anything particularly unique…

END_OF_DOCUMENT_TOKEN_TO_BE_REPLACED

I guess this could go one of a few ways… Given that the title is remarkably similar to Arnaud Desplechin’s 2008 film A Christmas Tale, maybe it’s another film where an angry bourgeois French family filled with bitterness, loathing and very dark family secrets drink too much and fight about bone marrow transplants. Although, as it’s Bob Clark’s first film following the hugely successful sex comedies Porky’s and Porky’s II: The Next Day, maybe we can expect some zany, madcap hijinks with Pee Wee, Meat and the gang at Angel Beach High School, possibly celebrating Christmas in 1954. That said, Bob Clark’s previous foray into Christmas movies was 1974’s Black Christmas, a slasher film about sorority sisters being stalked and murdered by a deranged psychopath, so maybe it’s a bit of a return to his previous unique brand of Christmas cheer.

END_OF_DOCUMENT_TOKEN_TO_BE_REPLACED

It’s three days until Christmas, so what better way is there to prepare than to watch the misadventures in a pastel coloured suburbia of a slow-witted goth with razor sharp blades for fingers dressed head to toe in bondage gear? It had been some time since I had last seen Edward Scissorhands and to be perfectly honest I had absolutely no recollection of this movie having any connection at all with Christmas… However, watching it again, it is definitely a Christmas movie of sorts, but in much the same way that Batman Returns is also a Christmas movie. Say what you want about Tim Burton as a filmmaker, he likes the look of Christmas decorations on screen.

END_OF_DOCUMENT_TOKEN_TO_BE_REPLACED

Well this is obviously going to be great holiday fare! It says “Merry Christmas” right there in the title… It’s got 1980s David Bowie, so we can expect to see some jolly Goblin King style hi-jinks, who knows, maybe even a ludicrous codpiece. It also stars the great Japanese musician Ryuichi Sakamoto, so maybe he and Bowie will have some crazy musical number in the middle. The great Takeshi Kitano’s name also appears right up there in the credits, so maybe we can expect some kind of big action sequences, maybe a car chase or two. Given that this is directed by the singular Japanese Director Nagisa Oshima, maybe the eternal mystery raised in Die Hard as to whether Christmas is celebrated in Japan will finally be answered.

END_OF_DOCUMENT_TOKEN_TO_BE_REPLACED

The Seventh Film Of Christmas – Gremlins

END_OF_DOCUMENT_TOKEN_TO_BE_REPLACED 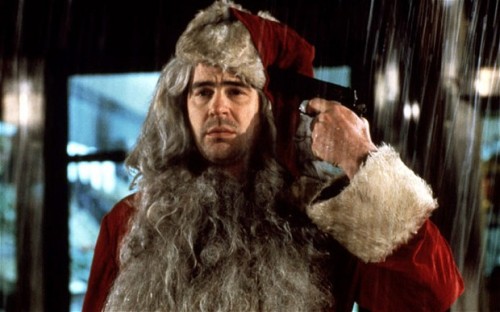 When thinking about the perfect Christmas movie, the first thing that usually springs to mind is that it absolutely must contain a couple of laboured explanations of commodities trading, a hooker with a heart of gold, some evil rich white guys, a good measure of blackface, a failed suicide attempt, a plot that pivots on the price of Frozen Concentrated Orange Juice (FCOJ) Futures and a finale where a man is raped by a gorilla. So well does Trading Places fit this age old formula that it’s surprising that people are still bothering to make Christmas films.

END_OF_DOCUMENT_TOKEN_TO_BE_REPLACED

It’s impossible to celebrate Christmas until a couple of estranged stoners, on a mission to replace a Christmas tree, journey through New York City on Christmas Eve and encounter a violent Eastern European drug lord, become claymation characters after drinking spiked eggnog, join a stage performance of The Nutcracker starring Neil Patrick Harris, are saved from certain death by a lovestruck waffle making robot and accidentally shoot Santa. Although this film is puerile, offensive and morally questionable, it is certainly the most fun of any of the Christmas films I have watched so far and probably the one that most successfully contains some kind of Christmas cheer.

END_OF_DOCUMENT_TOKEN_TO_BE_REPLACED

If anything captures the spirit of Christmas, it’s the angry booze fuelled gathering of a bourgeois family whose bitterness and loathing toward each other is palpable and who use charity as just another weapon to express their spite for one another. I would say that it’s unlikely that Arnaud Desplechin’s A Christmas Tale will replace Bob Clark’s similarly titled A Christmas Story as the go to cheery feel good Christmas movie of the masses, but it is quite an exceptional film, just one that is probably best watched around June. After all, just like pets, loathing and disgust are forever, not just for Christmas. A Christmas Tale is also a film which is impossible to discuss without giving the gift of quite detailed spoilers, so if you think that the passive-aggressive gathering of a French family who are tainted by hatred and betrayal is your kind of thing, you should probably watch the film before reading on.